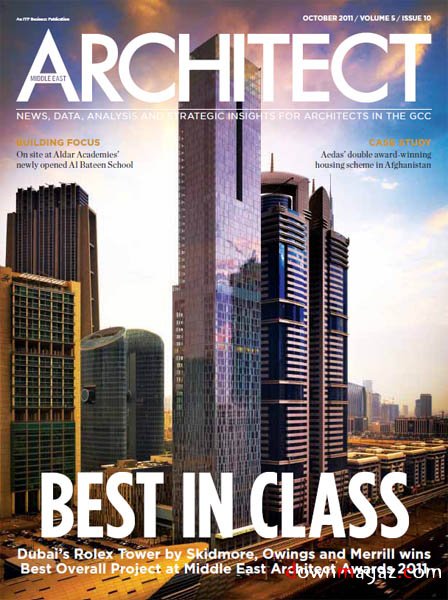 ubai is not like London, Shanghai or Mumbai, which have existing populations that are bursting at the seams and that need to be accommodated. Existing housing in these cities is crumbling – it’s not fit for a 21st century citizen.

The situation in Dubai is different. The emirate has the ambition to attract a growing population to move here, targeting 4.5 million inhabitants as a saturation point for at least the next 10 years. Is it possible? I think so. Dubai is about creating interesting commercial endeavours that draw a lot of power, energy and talent, from construction workers to architects, engineers to scientists, who end up moving here. So what does this mean? It means that Dubai will have to accommodate more and more inhabitants.

Dubai has an interesting choice. It can keep doing what it’s doing, which is sporadically building settlements, or it can look at its situation strategically and try to limit the expansion and the stretching thin of resources.

Dubai has a lot of high-rises, but not all of them are where they should be, or can be. We need to look at those areas that don’t have the right kind of density, redevelop them and add more population there, rather than build more accommodation in the desert.

I think what happened historically is that Deira was the heart of Dubai, and Sheikh Zayed Road was the artery connecting it to Abu Dhabi and other cities. It didn’t cut it in half, it didn’t sever it and it did not disconnect it. But once the decision was made to focus on Sheikh Zayed Road, immediately we created a divide because we’re halving the city between a seaside and landside. Middleeastarchitect.com